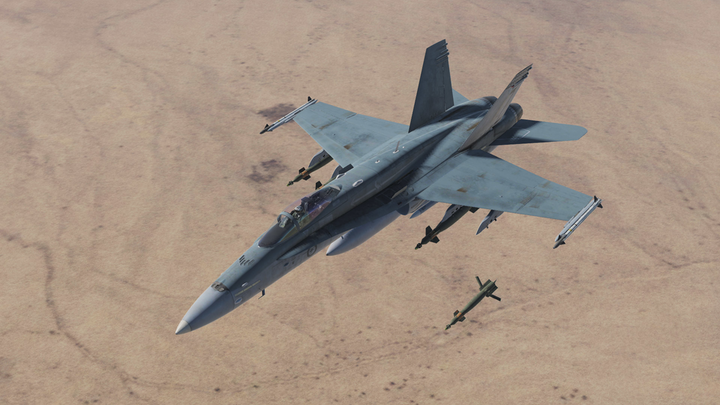 Adaptive radar can adapt quickly to changes in its environment so as to counter the effects of EW countermeasures and other RF interference.

The Navy wants adaptive radar countermeasures capability for the AN/ALQ-214A to help F/A-18s survive in the presence of sophisticated enemy radar-guided surface-to-air missiles. Adaptive radar is being designed to counter the effects of EW countermeasures and other RF interference.

Leidos experts have been developing adaptive radar countermeasures technologies for at least the last eight years. The company was among several U.S. defense companies to win contracts in March 2013 for the Adaptive Radar Countermeasures (ARC) program of the U.S. Defense Advanced Research Projects Agency (DARPA) in Arlington, Va.

In January 2016 Leidos won a $12.9 million follow-on contract for the DARPA ARC program. Leidos has been working with L3Harris Space & Airborne Systems segment in Clifton, N.J., on the ARC project. Leidos originally worked with Exelis Inc., which now is part of L3Harris.

The goal of the DARPA ARC program has been to develop ways to counter adaptive radar threats quickly based on over-the-air observable signals.

Key challenges to countering adaptive radar are how to isolate signals clearly amid hostile, friendly, and neutral signals; figuring out the threat the signal poses; and jamming the signal. Modern enemy radar systems, however, are becoming digitally programmable with unknown behaviors and agile waveform, so identifying and jamming them is becoming increasingly difficult.

Leidos has developed processing techniques and algorithms to counter adaptive radar threats through real-time analysis of the threat’s over-the-air observable properties and behaviors.

The ARC program developed a closed-loop system with signal analysis and characterization, countermeasure synthesis, and countermeasure effectiveness assessment. The system not only can learn automatically to counter new radar threats, but also will enable human operators to command and receive feedback from the system.

It was among DARPA’s original goals for the ARC program to develop software algorithms for existing or planned EW systems, such as the AN/ALQ-214A on the F/A-18. DARPA kicked-off the ARC program in mid-2012.

On this order Leidos will do the work in Arlington, Va.; Clifton, N.J.; Goleta, Calif.; St. Louis; Raleigh, N.C.; and Huntsville, Ala., and should be finished by February 2024.